I am truly grateful that I have been blessed to meet some of South Africa's finest musicians and Shane Cooper is certainly on the top of that list. Bass player, composer and producer, Shane, is definitely someone to watch in the South African music industry. He has recorded with many other well-known South African musicians including Melanie Scholtz, Kyle Shepherd, Bokani Dyer, Rus Nerwich, Zim Ngqawana and Dan Shout (to name a few). He was a member of the Indian fusion quartet 'Babu' and South African quintet 'Restless Natives' (both were based in Cape Town).

After watching Shane play numerous times at the Standard Bank National Arts Festival in Grahamstown, it was then no surprise to learn that he was selected as the Standard Bank Young Artist for Jazz in 2013. I have not heard any other player make a double bass sing like he does, and when he plays his solo's you will involuntarily sit up and watch his every move. Being at the Grahamstown jazz festival specifically, you are inundated with jazz music (obviously that's the point) for almost a full week, it's easy for a person to become overwhelmed and for their ears to get 'tired'. But every time Shane plays, it is almost as if the audience is awakened by his tone and style, then entranced and taken on a musical journey of the story he is 'telling'.

Thankfully those of us living in Cape Town are privileged to see him play at venues such as www.thecryptjazz.com and Straight No Chaser Club  and occasionally the Nassau Centre.


Check out what Shane had to say about wining the Standard Bank Jazz Young Artist award (2013).

Shane's debut album 'Oscillations' recently won a SAMA (South African Music Award) for best album. It features many other brilliant South African musicians and was co-produced by Carlo Mombelli and Shane himself. You can purchase the album through this link: https://itunes.apple.com/za/album/oscillations or Look & Listen Stores or http://www.homegrownmusic.co.za/artists/view/shane-cooper/

Click this link to get to know more about Shane and his music: www.shanecoopermusic.com.
Check out this awesome article on Shane ins Rolling Stone SA: http://www.rollingstone.co.za/albumsrev/520-shane-cooper
Also read this review on Shane here: http://www.allaboutjazz.com/oscillations-shane-cooper.
Shane also released a triple album with Restless Natives in 2013. You can get hold of it by going to this link: www.homegrownmusic.co.za/restless-natives.

A man of many talents, Shane also writes and performs electronic dance music check it out here: www.cardonspokes.com
Follow Shane on Twitter: https://twitter.com/cardonspokes


If you are following my blog, then you will already know that I have been trying to get an understanding of what is 'Behind the Music'.  I am asking musicians about what they have to say about their career's, especially within the context of the South African music industry.

This is what Shane had to say in answer to my questions:


When and how did you start playing your instrument/s?
I started playing piano when I was very young, and eventually switched to guitar.  When I started high school I was asked to play bass in the school jazz band so I started learning to play bass for fun.  I developed a love for the instrument very quickly and it became my main musical focus after that.

Did you have any formal training, and if so where?
I studied jazz performance at UCT.

What inspired you to take up your art form as a career?
Playing music became my favourite hobby when I was still in school, so I decided to try make it a career.

What does your current career entail? (Can you give an idea of a day in your life?)
It's a mixture of practising my instrument and practising with bands, composing music, recording / producing, playing shows, and doing lots of boring admin stuff too.

How did you (and do you) approach being in the music industry in South Africa?
It's very difficult in South Africa because we don't have a lot of venues to perform in, and we only have a few big cities that we can tour to.  Also travelling within the continent is very expensive, so we are limited in terms of performance options.  As a result we have to work hard at trying to get international exposure so that we can get gigs abroad and keep performing as often as possible.

What do you most enjoy about your career?
I get to make music everyday, it's the best!

If you could, what would you change about the music industry?
I wish we could still make money from selling records in the digital age.  That money goes back into making more albums, but it's very difficult to have that cycle running these days. I'd also like people to be more willing to pay proper cover charges for live shows.  In 2014 I still see people complaining about paying R40 to watch a live band, which is crazy.  I also wish music equipment was cheaper in SA, most products are almost double the price they are in Europe and the USA.

Do you enjoy what you do now?
I'm loving it.

What are your plans for your future?
I'm writing new music at the moment, and also producing tracks for some singers.


Disclaimer: Please note that non of the images in this post belong to me and they have been credited as far as possible.
Posted by Robyn Lee Jepsons Music at 03:00 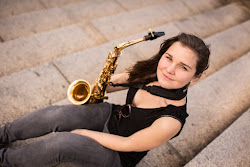